Conjunctivitis is a common chicken eye problem. Conjunctivitis is the inflammation of the conjunctiva, that’s the membrane of the inner eyelid of the chicken eye. Unilateral or bilateral swelling eyelids and increased lacrimation are common signs. Severely affected chickens may have closed eyes. Clinically, conjunctivitis can be categorized into three as:

This is caused by a systemic infection or septicemia of the chicken and might result in conjunctivitis manifesting as a sign.

Caused by foreign bodies like dust, small stones or abrasions that might enter the chicken’s eyes. Infectious pathogens like fungi, viruses and bacteria can also cause localized conjunctivitis

Occurs as a secondary manifestation of an infection of the eyelid and area around the chicken eye, particularly attributed to chronic rhinitis and sinusitis. Diseases that might cause conjunctivitis in chicken are:

Avian Chlamydiosis– a bacterial disease caused by Chlamydia psittaci. Apart from conjunctivitis the disease can be seen through Nasal and chicken eye discharge, weight loss and diarrhoea of the affected chickens.

Aspergillosis– caused by a fungal infection and mostly of the species Aspergillus fumigatus and Aspergillus flavus. It is also referred to as brooder pneumonia as it commonly affects young chicks and has a very high mortality rate. Poor ventilated and moldy coops usually accelerate the condition.

Signs and Symptoms of conjunctivitis in general:

This is the clouding of the lens of the chicken eye that is normally clear. Cataracts develop slowly and in chickens, the Brahma chickens have been seen to have this trait of developing cataracts. Cataracts can partially or completed cover the whole eye with a film

The main causes of cataracts in chicken are:

However, just like any living being, as the saying goes, “the eye is the light of the body”, to chickens this also applies. With the challenges associated with blindness, a chicken also can need to lead its life healthily. Blindness is therefore not a reason for the bird to be culled or discarded.

Chicken eye problems can be detected from birth, as a defect which is relatively common. They are usually caused by incorrect artificial incubation, not genetics. Serious deformities can be debilitating or associated with other structural or mental disorders that result in poor quality of life for the affected. However, many birds with minor defects live happy, productive lives, though as a precautionary measure they should never be allowed to breed.

Coryza is an acute breathing disease caused by the bacterium paragallinarum. It is a painful condition that is caused by an infection .It causes serious nasal discharge and occasionally slight facial swelling. With increased severity extreme swelling of one or both sinuses the surrounding tissues may prevent the chicken eyes from fully opening. The birds suffering from this disease may appear to be blind as both the chicken eyes resist fully opening.

Mycoplasmosis is an infectious chicken eye disease caused by a mycoplasma gallisptium bacteria. It is seen by thin and watery bubbles forming in the chicken eye. These signs and symptoms include foamy, sneezing, and swollen chicken eyelids, gasping for air to breath, reduced egg production and reduced movement. This chicken eye problem is most common in a backyard chickens. Antibiotic treatment will not completely cure the disease but will reduce the incidence to a bearably low level.

One of the most feared of chicken illnesses is Marek’s, an incorrigible viral poultry disease spread by feather dander.  It is highly contagious and typically affects young birds. Symptoms of Marek’s disease in poultry include blindness, leg paralysis, and tumors. While birds with paralysis die quickly, those with ocular Marek’s, the form that affects chicken eyes, may survive for some time if the other symptoms aren’t present. Ocular Marek’s disease symptoms include irregularly shaped pupils, gray or cloudy chicken eyes, difficulty seeing, and finally total chicken blindness in one or both eyes.  Cloudiness in chickens is caused by cataracts, infections or injury and results are usually permanent. The bird may be unable to open the eyelid properly or at all. A farmer can identify that there is something terribly wrong when the bird does not respond to human approach or when its having trouble picking up small mash items. Moreover as the disease progresses the bird will have difficulty in navigating, eating nor drinking. Most chickens that exhibit this chicken eye problem suffer painfully and eventually die. The most merciful strategy is to slaughter them as soon as they are diagnosed. This also protects the rest of the flock from inheriting the same chicken eye problem since it’s contagious.

Birds infected with ILT remain silent because breathing becomes very difficult. Signs and symptoms of ILT include discharge from the chicken eyes, nasal discharge, sneezing, decreased growth and obviously low egg production.  Coughing, sneezing, and shaking of the head to extricate exudate plugs in the windpipe follow. The chicken breathing eventually start producing a wheezing and gurgling sound as they will be gasping for air. This chicken eye disease is spread either by direct contact amongst the flock or contaminated materials. Many birds eventually die from blockage of the trachea when the tracheal plug is freed. There is apparently no effective treatment against ILT, rather antibiotics may be administered to minimize secondary infections. It is recommended to keep lower levels of dust in the chicken run, keep their utensils and straw clean, maintain clean water, but most importantly isolate infected birds to reduce the risk of contamination against other flock members.

In the event where pox develops in a fowl it is called lesions pox and it can develop near the bird’s eye. Symptoms may appear initially as redness and irritation and rapidly progress to swelling of the chicken eyelid and development of lesions along the edges of the chicken eyelid. The chicken eyelid usually becomes sealed with fumy discharge or with crusting scrubs which will eventually fall off. The affected flock are at an increased secondary risk if the owner does not act with emergency. To minimize the risk of infection isolate infected flock to ensure the other members are not contaminated. 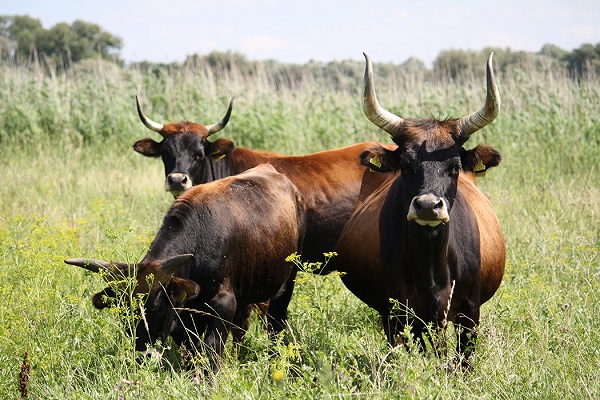